March’s Games with Gold definitely make up for last month’s sucky offerings. Straight out the gate, we’re getting a normally $40 game on the Xbox One with Rayman: Legends, a game that I’ve come to enjoy on the Wii U. #IDARB is still free this month as well.

Xbox 360 owners aren’t left in the cold either, getting Tomb Raider, average $19.99 MSRP until March 16, which then transitions to Bioshock Infinite (29.99 MSRP). These are games I’ve wanted to play and never wanted to spend money on, so now I can enjoy them!

Check it out below and don’t forget to get your freebies if you’er an Xbox Live Gold Subscriber this month. Happy birthday to me! 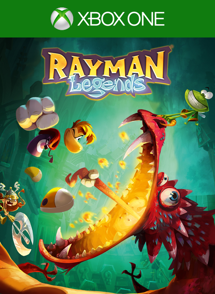